Our services – for boards, for leaders, for organisations

We conduct Board effectiveness reviews using the UK Corporate Governance Code (or the Charities Governance Code or Cabinet Office guidance) as a benchmark and help Board members to develop their individual and collective capability. Our reviews are value adding and designed to go beyond a mere assessment of compliance to enable Boards to actively improve their performance and delivery to stakeholders. We specialise in working with Boards with a range of often complex ownership structures including: Government owned businesses, arms-length bodies, privately held organisations, joint ventures, mutuals, and charities. We are founder members of the Board Effectiveness Guild a membership organisation dedicated to sharing best practice and contributing to thought leadership in Board reviews. The Socia approach to Board effectiveness reviews is:

We recently conducted a survey comparing the experience of members of public, private and 3rd sector Boards. It confirmed the similarity of views on what makes an effective Board across different sectors – you can read a summary of the results below.

Comparing the experiences of Board members from different sectors

From December 2014 to February 2015 we surveyed 116 members of private sector, charity and public sector Boards – split 30% from the private sector, 33% charity/mutual and 37% public sector. The aim of the survey was to identify common issues and specific concerns, and to see whether Board improvement mechanisms, such as external evaluation using the UK Corporate Governance Code, could be transferred from one sector to another.

“Greater awareness and appreciation of what a Board is there to do – and not!” – charity sector

Boards can appear quite different…

But all Boards are still trying to achieve the same things

We see more similarities than differences. For example respondents from all three sectors rated strategy development, and scrutiny of the work of the Executive as the highest priority responsibilities for a Board. And all three sectors recognised the need to evaluate and develop Board performance. However, more notable is that all Boards highlight the dynamics of Board operation as essential to improve their performance; whether that is about increasing diversity in Private sector Boards, building a better rapport with executives in Charity Boards or encouraging constructive challenge in Public sector Boards. But only a minority of Charity and Public sector Boards have appointed a Senior Independent Director or equivalent to be responsible for reviewing/improving performance of the Chair and the Board.

It’s time for one evaluation framework for all Boards

Increasingly stakeholders/shareholders demand that all Boards have a transparent process to improve their performance. The Financial Reporting Council (FRC) who own and develop the UK Corporate Governance Code (the Code) understands this and the FRC will continue to increase their expectations of the performance of the Boards in the Private sector with mandatory external evaluations carried out against the Code. With common experience and priorities, one approach to performance evaluation could and should work in most Boards. Many NEDs on Private sector Boards also sit on Charity and Public sector Boards too, so they are already familiar with the requirements of the Code. The ‘Comply or Explain’ approach adopted by the Code allows Boards to address the issues that are unique to their own circumstances.

The principles of the Code encourage transparency, diversity and self-criticism – all necessary steps to help Boards improve and meet the requirements of their stakeholders. Making the use of the UK Corporate Governance Code mandatory for all Boards would be a tried and tested approach and one that we know can work.

“…greater clarity on roles and responsibilities, the purpose of the board and how it fits with the rest of the public sector/political governance machinery” – public sector

We work with leaders in 1-to-1 coaching relationships and on development programmes. At Socia all the research we’ve done and the lessons we’ve learned from working with collaborative leaders points to three things they focus on for their success. They: 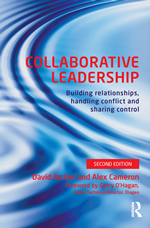 When working in collaborative groups, ESTJs are usually keen to have clear, logical goals, preferably expressed in measurable terms.  They are likely to contribute to the process of developing shared objectives by being brisk, factual and task-focused.  They typically have a talent for organising people and things in practical ways, and will push for general aspirations to be translated into specific actions.  They enjoy planning ahead, using past experience to guide their decisions, and will be quick to see gaps and flaws in the planning process.  Their focus tends to be more on present and past realities than on future possibilities, and it may require some effort for them to step back and look more widely and at the longer-term.  They prefer to keep discussions with others as focused as possible, avoiding discussion of non-relevant topics.  They may become impatient with others who want to talk about issues of mission and values, especially if they make little reference to current reality.

Once a plan is in place, they will be very determined in following through and holding people accountable for progress.  They are often astute in recognising where there are technical skills gaps, and will be firm about making plans to improve such skills, or if necessary, to replace people whose skills do not fit the role

ESTJs have a style of communication that is usually straightforward, no-nonsense and business-like.  They tend to have little patience for small-talk, regarding it as pointless and a waste of time, since no real information is exchanged.  They often have firm opinions and do not hesitate to voice these.  Given the choice of truth or tact they tend to favour truth, with the advantage that others know where they stand, but the potential problem of hurt feelings.  ESTJs find it difficult to understand why people should be offended by being told the truth, particularly when they have asked for an opinion.  They enjoy logical debate, and will expect other parties to put their views as firmly as they do.  However, once they have decided, they can be prone to seeing things in black and white terms and believing that their views are obviously correct.  It can be hard for them to listen with an open mind when people want to re-open a debate after a decision has been made.

Because ESTJs show confidence in deciding, planning and organising, they often end up in positions of leadership. They are typically comfortable with authority and regard hierarchical systems as logical and efficient ways to work through people.  ESTJ leaders tend to use consistent principles in dealing with people, and to be fair in the sense of treating everyone equally.  It is not so natural for them to pay attention to the needs and feelings of others. If people are in difficulty, they are likely to demonstrate caring by helping them sort out their problems, rather than by spending a lot of time in empathic listening.
ESTJs’ natural style of leadership is one that has been encouraged and reinforced in many traditional organisations, and their clear, firm style is often helpful for getting things done on time and in a systematic way.  It may be something of a challenge to ESTJs to operate in a more complex collaborative system, where lines of authority are ambiguous.  They will thus prefer collaboration to take place within a structure that specifies who is responsible for what. They will find it difficult if someone interferes with their plans once decisions have been made, particularly if this results in confusion and delay

A high degree of role clarity will be helpful for ESTJs.  They will be happy to delegate tasks to others, as long as they complete these on time and in the way the ESTJ expects.  When passing on tasks to others they will usually be thorough in explaining what needs to be done, and may be impatient if the person wants to do things in a different way.  When working with another party who prefers more freedom in the way they work, ESTJs may need to be careful to specify only what is necessary in terms of required outcome, leaving some room for creativity of process.

Clear decision-making tends to come naturally to ESTJs. They are unlikely to be satisfied with a meeting unless it results in a set of explicit action points which are then followed up. Where policies and procedures exist, they will tend to operate within the system, following accepted rules and processes.  They will solicit views from others, but will have little tolerance for anything that seems like “waffle” – and this may include attempts to widen the context of the decision or to look at the problem from a new angle.  They may at times push ahead with a decision that seems to make sense, even though other people are not fully committed, resulting in difficulties for the collaboration at later stages. Because ESTJs prefer to work in situations where the rules and expectations are clear and explicit, it will be helpful if any differences in ways of working in the partnership are openly discussed.  As long as ESTJs can see a good business reason for adjusting their approach, and as long as it is clear what is expected, they will be happy to try to adapt to a different culture, although they may easily slip back into their more familiar style.  It will be hard for them to adjust to a culture that encourages personal disclosure and soul-searching – ESTJs would prefer to get on with the task in hand.
©Socia and Sally Carr

We work in situations where several organisations need to work together to deliver a one-off project or an on-going service. We help to;

Any business relationship will go through different stages, each with their own ups and downs. Based on our experience of working with diverse organisational groups that need to collaborate more effectively we have developed a partnership roadmap which helps diagnose the symptoms you may see as you move from stage to stage – and how best to react to them.

Our partnership roadmap breaks a typical partnering lifecycle into six stages. Explore these stages by clicking on a box and following the links to find out more about the situation at each stage, what we can do, and the benefits we can help deliver.

In order to assess different perceptions of a partnership we have created the Partnering Performance Indicator (PPI) which measures performance using nine key indicators of partnering, grouped under the three headings of Governance, Operations and Behaviour.

The PPI is the foundation of Socia’s approach to partnership development allowing individuals and organisations to identify areas of strength and weakness and to compare their assessment with that of other partners.

This tool expands the three fundamental components of partnering into nine key indicators of effective partnering. Each of these indicators is measured by the PPI.

These key elements inform the solutions we co-create with our clients, and provide the basis for measurement using the Socia toolset.

Section 1: responses from the partnership

Overall number of responses from your the partnership = 38

Comparison of ratings by category

Section 2: responses from your own part of the organisation

Average partnership rating from your own part of the organisation = 4.3